Governance at a Glance

Joshua Harley, our founder, has been our Chairman and Chief Executive Officer since 2009. From 2007 to 2009, Harley served as Chief Executive Officer and Founder of Texas Home Central. Prior to that, Harley was the Internet Sales Manager at Highland Homes from 2005 to 2007, responsible for building their Internet sales strategy. From 2003 to 2005, Harley served as Founder and President of Everdrive Solutions, assisting automotive dealerships with outsourced internet sales and training. From 1995 until 2003, Harley served in the United States Marine Corps as an Infantry Sergeant, Instructor at the School of Infantry, and a Hand-to-Hand Combat Instructor. Among other experience, qualifications, attributes and skills, the company believes that Harley’s perspective as a large shareholder, extensive leadership and experience as its Chief Executive Officer, knowledge of the company’s operations, and oversight of its business bring critical strategic planning and operational leadership that qualify him also to serve as one of the company’s directors. 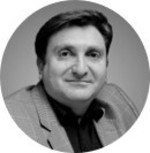 Marco Fregenal has been Fathom Realty’s Chief Financial Officer since 2012 and has served on its board since February 2019. He has also served as its President since 2018. Prior to that, Fregenal served as the company’s Chief Operating Officer and Chief Financial Officer from May 2012 through 2017. Prior to joining the company, Fregenal was Chief Operating Officer and Chief Financial Officer of EvoApp Inc., a provider of social media business intelligence, from 2009 to 2012. He was also the Chief Executive Officer and Chief Financial officer of Carpio Solutions, an information technology solutions company, from 2007 to 2009. Fregenal received a bachelor’s degree in economics from Rutgers University and a master’s degree in Econometrics and Operations Research from Monmouth University. His extensive financial experience, knowledge of the company’s operations and oversight of its business qualify him also to serve as one Fathom Realty’s directors. 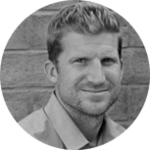 Christopher Bennett has served on the company’s board since February 2019. From September 2005 to present, he has served as Chief Executive Officer and Founder of 97th Floor, a marketing agency that focuses on search, content, social, paid media and digital marketing. From April 2017 to present, Bennett has also been the managing partner of 7Sixty Ventures, a partnership acting as angel investors in start-up companies. His extensive management and marketing skills qualify him to serve as one of the company’s directors. 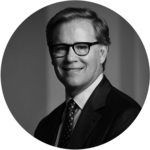 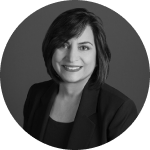 Ravila Gupta has served on Fathom’s board since March 2021. Since April 2020, she has served as President and Chief Executive Officer of Bagchi Group, Inc., a private company providing business strategy, financial services, and board and executive coaching support to businesses.  From April 2017 to April, 2020, Gupta was President and Chief Executive Officer of Council for Entrepreneurial Development, a non-profit organization dedicated to the development of entrepreneurs and their businesses, and from July 2012 to April 2017, she served as President of Umicore USA Inc, a global materials technology and recycling group.  Gupta currently serves in an advisory board role at Primo Partners LLC, a real estate and Ben & Jerry’s franchise development company, and previously served in an advisory role at Bennett Aerospace, Inc., an engineering and development company. She received a bachelor’s and master’s degree from McGill University, and a J.D. from North Carolina Central University. Gupta’s significant background in executive management qualifies her to serve as one of the company’s directors. 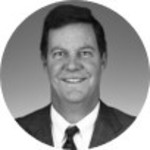 David Hood has served on the company’s board since May 2019. He was an audit partner at Ernst & Young from 2005 until his retirement in 2015. Prior to that, Hood was the Vice President, Finance at Quintiles Americas, currently known as IQVIA Holdings Inc, a leading global provider of contract research services, from 1993 to 2000, where he helped take the company public. Hood received a bachelor’s degree in accounting from Guilford College and is a Certified Public Accountant. His experience in taking organizations public, raising capital, merger and acquisition transactions and financial acumen, qualify him to serve as one of the company’s directors. 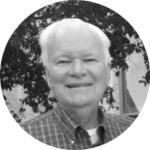 Glenn Sampson has served on the company’s board since February 2019. He served in various positions at Exxon Mobil Corporation from 1965 until his retirement in 2000, with his most recent position being Manager, Data Management, in the Controller’s Department. Since retirement, he has served in various volunteer roles. Sampson received his bachelor’s degree from Stanford University and a M.B.A. from Northwestern University. His more than five decades of general and financial management experience qualify him to serve as one of the company’s directors. 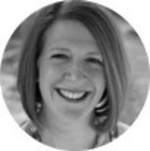 Jennifer Venable has served on the company’s board since February 2019. From April 2013 to present, she has served as Vice President and General Counsel at Capitol Broadcasting Company, Inc. From September 2009 to April 2013, Venable was General Counsel at Alfresco Software, Inc. Prior to that, she served as Commercial Counsel and Senior Partner Manager of Red Hat, Inc. from September 2002 to July 2009, as in-house counsel for an internet start-up, and in private practice. Venable received her bachelor’s degree in government and sociology from The College of William and Mary, and her J.D. from The University of North Carolina at Chapel Hill. Ms. Venable’s experience with complex legal issues, corporate governance, international business and project management qualify her to serve as one of the company’s directors.